Rhythms of Grace: a Journey into Rest

WASHING THE PAST AWAY: THE GRACE OF BAPTISM

​To understand why it is so vital, we need to understand a bit about its definition  and history...

The word ‘baptism’ comes from the Greek ‘baptizo’, meaning immersion, and has the sense of something taking on the qualities of the solution it is immersed in, for example cloth in a dye.
Vines Expository Dictionary has this to say:
This word should not be confused with 'baptô'. The clearest example that shows the meaning of baptizo is a text from the Greek poet and physician Nicander, who lived about 200 B.C. It is a recipe for making pickles and is helpful because it uses both words. Nicander says that in order to make a pickle, the vegetable should first be 'dipped' (baptô) into boiling water and then 'baptised' (baptizô) in the vinegar solution. Both verbs concern the immersing of vegetables in a solution. But the first is temporary. The second, the act of baptising the vegetable, produces a permanent change.

WATER AS AN INITIATION RITE

In the ancient world, the use of water in initiation rites was also common, including for Jewish proselytes who, by the first century AD, were routinely baptised. The act signified the turning away from idolatry, as well as purification, consecration and being accepted into the covenant community, which meant having a right to its privileges and blessings.

Some rabbis referred to the waters of baptism as ‘the womb of the world’ and the new convert as ‘a little child just born’, having been separated from his pagan past:

WATER BAPTISM IN THE BIBLE

In addition to the practice of immersion for cleansing and initiation, the Old Testament also has illuminating stories which foreshadow the New Testament baptism of repentance, and rebirth. You can read them below:

Noah, (whose name means ‘rest’!) and his family, passed through the waters of judgement, and became, in effect, new creations in a new world.
GENESIS 6:5-9:17

After the Israelites were rescued from Egypt by the Lord, they had to walk through the waters of the Red Sea, which divided to let them pass. In this way they crossed over from slavery to freedom, and became the redeemed covenant community of God.
EXODUS 14

Israel’s Entry into the Promised Land

Joshua led the nation of Israel through the River Jordan to the Promised Land. The Ark of the Covenant, which hosted the Presence and Covenant of God, was held up on the shoulders of the priests in the water, while Israel passed safely through into their inheritance.
JOSHUA 3

The captain of Syria’s army, Naaman, a Gentile, was healed of leprosy, which in the Bible, represents uncleanness, sin and separation from God. He was instructed by the prophet Elisha to wash seven times in the River Jordan. When he came up from the waters, his skin was like a 'little child’s' (see above!) and was perfectly clear.
2 KINGS 5 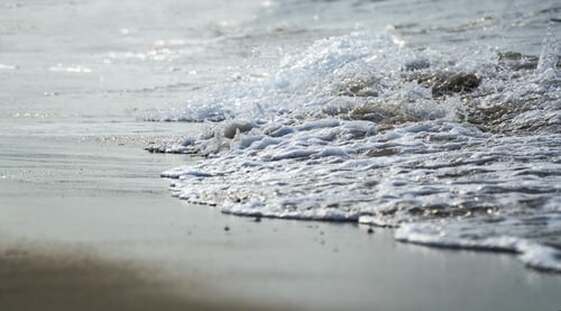 THE GRACE OF BAPTISM IN THE NEW TESTAMENT

LUKE 3:1-22
The confession of sin and the aligning of the thought-life with God, was the necessary requirement for the revelation of Jesus. The religious people were offended, thinking they had no need of repentance; after all, they belonged to God’s chosen nation. These were the ones who were not able to ‘see’ Jesus, despite all His actions.

The River Jordan was significant because it is the lowest river in elevation in the world, its name means ‘descent’. Literally and symbolically, those coming to be baptised, were humbling themselves.

The Significance of Jesus’ Baptism

It was also to the River Jordan that Jesus came to be baptised, ‘to fulfil all righteousness’. He came, not because He needed to repent, for He was fully aligned with the Father in every way, but to identify Himself with the condition of sinful man, and as a mark of His total commitment to the path He had chosen.

We have seen that priests had to have special washing in order to be ceremonially clean for their duties. The book of Hebrews describes Jesus as a priest, in fact the 'Great High Priest'—by 'washing' in the Jordan, Jesus was also symbolically preparing for that role.

And it was here that Jesus heard his Father’s voice, saying, ‘This is My beloved Son in whom I am well pleased’. As His Heavenly Father gave Him public approval and affirmation, the foundation was laid for His extraordinary ministry.

When Jesus, in turn, commissioned His disciples, He gave the command:

"All authority in heaven and on earth has been given to me.
Therefore go and make disciples of all nations,
baptising them in the name of the Father and of the Son and of the Holy Spirit,
and teaching them to obey everything I have commanded you.
And surely I am with you always, to the very end of the age."
[Matthew 28:18-20] 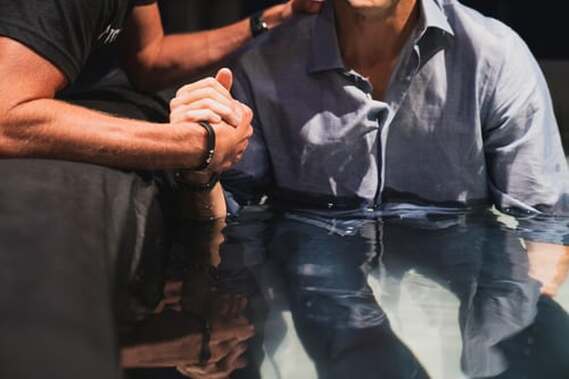 HEAR & RESPOND to the voice of God
Take some time to reflect on what you have read.

Then read on to discover more about the importance of baptism in your quest to combat stress and find real rest...

THE POWER OF BIBLICAL BAPTISM

*For more information on how the term ‘rhythms of grace’ is used on this website, please see the INTRODUCTION TO RHYTHMS OF GRACE: A JOURNEY INTO REST AND PEACE.

RHYTHMS OF GRACE: A JOURNEY INTO REST